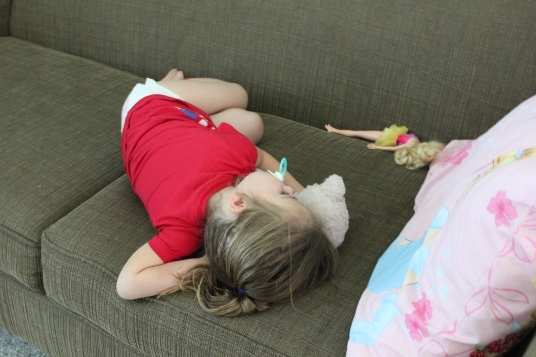 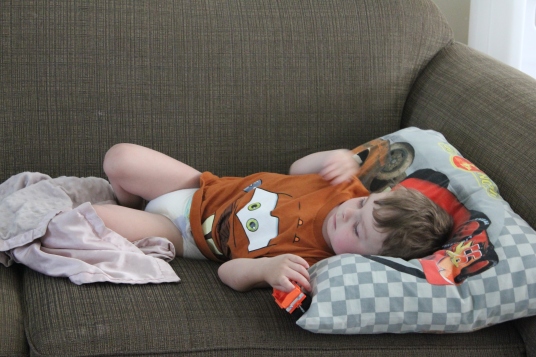 As millions of parents and grandparents would agree, children who are 3 ½ years old need a nap. If Ammon and Carter do not get naps, by 8:00 pm , they are MONSTEROUS! For nearly a year, they have not had a regular, napping schedule in the afternoons.
Carter and Ammon took their annual swimming lessons at the YMCA this past April. It was twice a week. On those days, I made Carter and Ammon take a nap so they would be refreshed to enjoy their lessons. It worked so well that I decided to continue the trend.
This past Tuesday after preschool then playing in the sprinklers it was time for their nap. They were yawning and relaxing on their couches, and I was nearby at the computer. I stood up and walked over to give them a kiss on their foreheads, and I said, “Have a great nap.” A delightful and surprising conversation came up:
Ammon: “You have a good nap too, Daddy!”
Daddy H: “I don’t nap sweetheart. I have a lot of chores to do.”
Ammon: “Oh?”
Carter: “You can lie down and nap with me, Daddy!”
Daddy: “I appreciate that, son, but I have chores to get done.”
They were both asleep within the next 5 minutes.
I couldn’t help but smile and think of how they took it for granted that I took a nap as well. I wish!!