We stayed near the Piazza de la Repubblica, and it has a carousel. 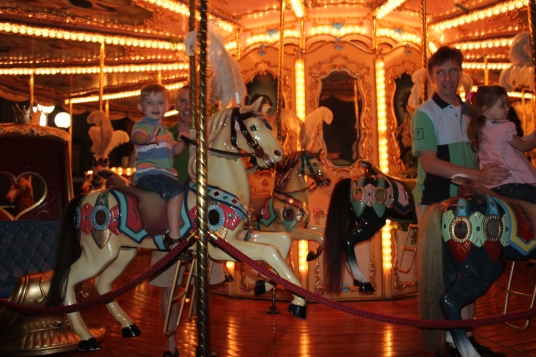 Because we did not see it October of 2010, we put our bags down and headed straight to the Arno River with the Ponte Vecchio. 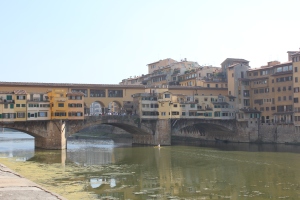 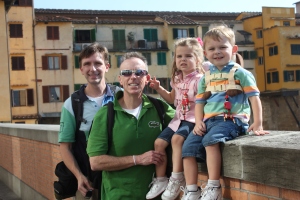 It was so cool! I could just imagine ol’ Dante Alighieri running
over and over the bridge trying to catch a glimpse of his Beatrice….so close
and yet so unobtainable.

As we headed back into Firenze, we stopped for some
delicious gelati (strawberry, hazelnut, pistachio…yum, yum, yum!). We strolled
around the Brunelleschi’s Dome and Giotto’s Bell Tower and listened to an accordion
player. We ate dinner at the Hard Rock Florence then Carter and Ammon rode on
the carousel at the Piazza de la Repubblica.

After breakfast, we went straight to San Lorenzo’s chapel
(Medici Chapel). It took me 25 years to see Michelngelo’s “Day, Night, Dawn
& Dusk”, but I finally saw them! Woo hoo! Around noon, Carter, Ammon, Sean,
and I went to the Mc Donald’s at the train station. It was a great stroll. In the evening we went to go to the Galleria dell’ Accademia to see “David”. It was absolutely colossal and impressive: sculpting perfection. 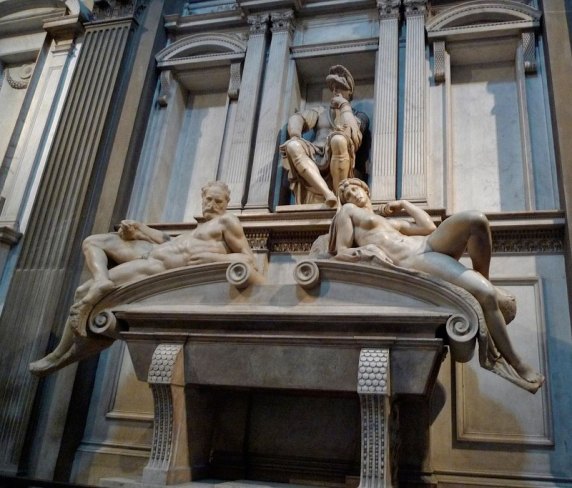