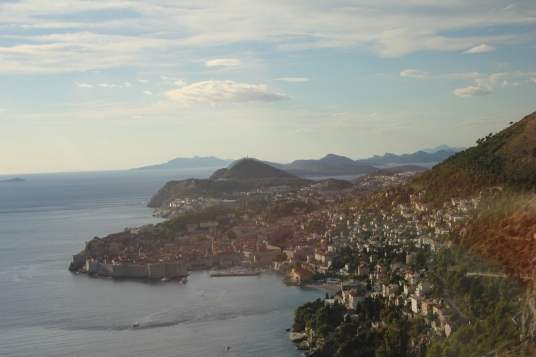 Dubrovnik, Croatia is such a tourist treat. It is on the Dalmatian Coast (yep, the area of Dalmatian dogs) on the Adriatic Sea. In the past 10 years, it has become quite popular for summer vacationers who love to swim and sunbathe.  It does seem crowded in the downtown area, but that’s because the main attraction is the medieval walled city. Unlike many middle-ages walled cities, Dubrovnik’s walls (not built all at once  but fortified and added on to from the 12th to 17th centuries) were kept intact and are still utility to the city. 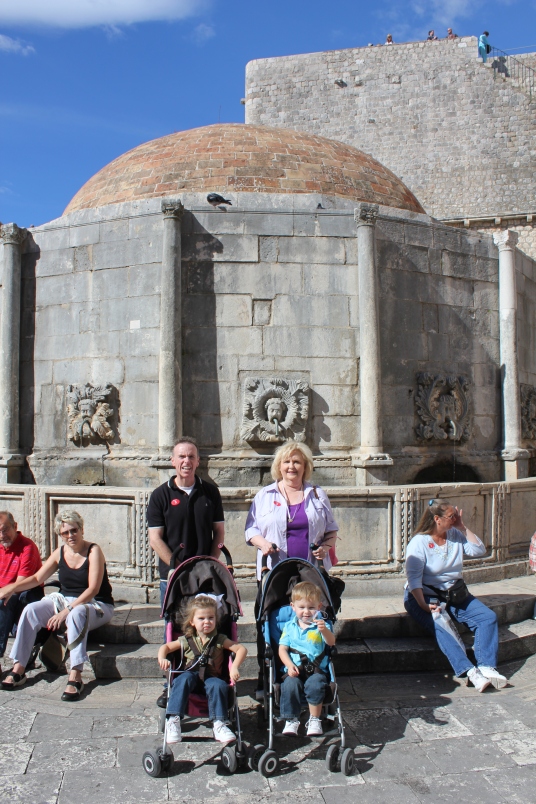 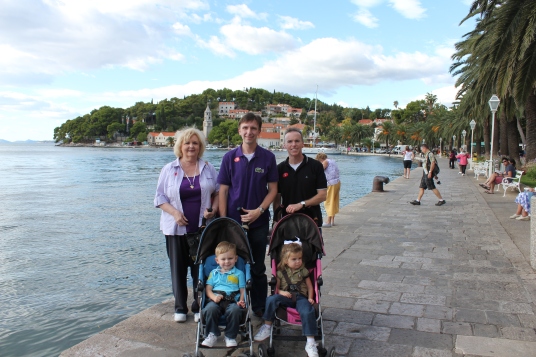 It was our second time in Dubrovnik, and we even had lunch at the same grinding mill (http://www.youtube.com/watch?v=gtRNp2Ub9Qg) where we visited in 2009. The embedded video in the previous sentence is from the mill.

The city of Cavtat was an additional stop this time. It is on the coast as well, but the rhythm of the town is much slower than the rhythm of Dubrovnik. The next time we go to Dubrovnik I hope it will be in the summer so we can all swim in the gorgeous waters of the Adriatic there.