This was our second time in Corfu, Greece. Like Dubrovnik, we’ve only seen it in the autumn. However, I believe that Corfu must be at its most attractive during the summer.

Two years ago, we took a tour of the island, and we saw an Orthodox monastery, downtown Corfu, and the Achillion Palace. The palace was built by the Empress Elizabeth of the Austro-Hungarian Empire during the latter part of the 19th century.

This time we decided to spend time shopping since we had such little time to shop in 2009. We also took a “train ride” around the city where some archaeological reconstruction is going on. The ruins are from the 4th Century before Christ.

All aboard the Corfu Express!! 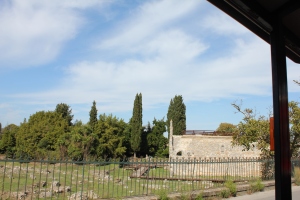 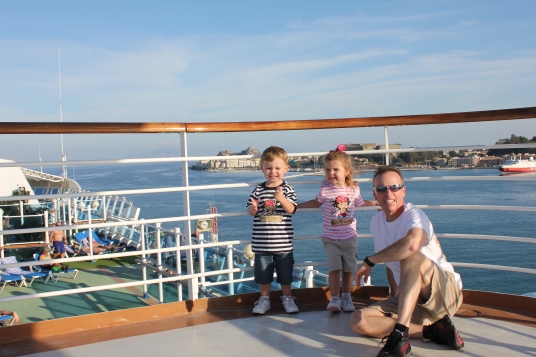