Mary Naomi Alexander Caylor would be 100 years old today. She was born around 3 o’clock in the afternoon (a relative in Varnell, GA may have her birth certificate with the correct time).  Her parents had waited over 8 years for her. Nanny’s older brother had been stillborn in 1910.  She was born in Smyrna, Georgia in Big Ma’s house. Big Ma was a black woman who had turned her lovely Victorian, Turn of the century home into a home for borders.

Today, My thoughts keep turning not to the grandmother I knew but to teenage Naomi who, without thoughts or cares, could go to downtown Atlanta AFTER DARK. Imagine if you will a 15 year old girl in 1933 going to downtown Atlanta with her best friend, Louise Hollingsworth and 10 year old sister, Madeline to see a movie at the Fox Theater or Lowe’s Grand! 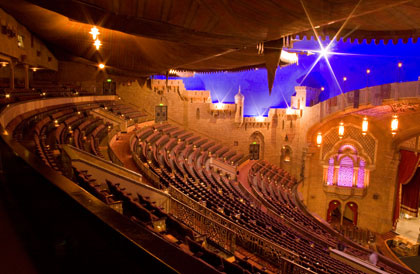 I hope and pray to write more about Nanny, Granddaddy, and Mamaw Wimpy this summer. I am doing this for Carter and Ammon. I want them and future generations  of Caylor-Browns to know more about how their ancestors lived in the 20thcentury. I know I am being a bit vain, but to my dear relatives who have disfellowshiped from me yet perhaps visit my blog you really should be sitting down with me to compare,  correlate, and confirm some of my memories. As you well know, I am not a fan of “false history”.