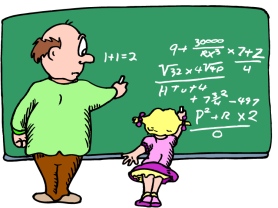 Hi, Haven here, or rather I am not here; I am over on Word Refiner Mark is the Hyper-Speller at Word Refiner, and he is filling in for me this time. I suggested he join me and he grabbed the idea and here we are switching places on Earth! He has an excellent dual themed blog about children and spirituality. These are big topics for all of us here at Parenting with Pride. Mark is writing about releasing your children into their giftedness and ministry. Without further ado, the floor is yours Mark. Please bring it back with a full tank.

Thank you Haven, I am honored to join you and your followers today. I know you will take good care of my people on Word Refiner. Have fun!

My children are grown adults, and they are all doing well. The oldest two are pursuing careers in their chosen fields of finance. Our youngest has given us three gorgeous grand-daughters, our most valuable treasures on Earth!

We raised our children to love books and Jesus from the earliest age possible. We modeled serving Jesus in different ways by serving in church and out. They have all caught the spirit of service. The oldest did a Short Term Missions trip in Argentina, the middle (our son) went to Israel with Jews For Jesus, and the baby went to Kyrgyzstan with Youth With A Mission.

One of the important things, we learned early on was that each child has a natural bent or giftedness. It was important for us to be aware and guide our children, not break them. The formative years are from birth to about 5. Their giftedness will usually show up by that time. Fortunately, a kindergarten teacher pointed it out to us, otherwise we might have missed the signs.

Esther, our oldest, had an epiphany at an early age of 6, she committed to listen only to Contemporary Christian music. We bought lots of it for her. She made tapes of herself being a radio DJ and introducing the songs. She listened to the local CCM radio station and called in a lot to talk with the disc jockeys. She convinced one man to let her see the inside of the radio station. I took her down there around 8 pm one night when Chris, the particular dj, was on duty. I watched him like a hawk and discovered he was very likeable and loved Jesus as much as we did. I took her to the radio station many times, so Chris could mentor her and she was allowed to volunteer. I was glad when she got her license to drive. Her volunteering eventually became a job working the midnight shift. She started her own program on another station and even found a sponsor to pay the airtime.

We went to a large church, one of the largest in the area, around 10,000 members and multiple services each weekend. There was a well-equipped Audio-Video department and our son, David, only 13 years old, wanted to help. He was very into technology. There was a policy in place at that time forbidding children from operating the expensive equipment, many thousands of dollars had been invested. It was very understandable to everyone, except David.

David was persistent, he hung around the sound booth or the camera stations for weeks, talking to anyone who would talk with him. The weeks turned into months, and David was there every week for at least one service. We lived a little over a mile from the church so he was allowed to get there on his own.

After 6 months, it became obvious to Doug, the department head and the entire department that David was not going away. They decided to train and mentor him, giving him a chance. The department was chronically understaffed, every church suffers from that problem I think. David really applied himself and proved that he was more than capable. He was also unencumbered by job or wife. He was very available. He began to fill in wherever there was a need. Sometimes he did multiple services. Eventually, he was part of a sound team and a video team. He worked very hard and proved to be quite reliable. Doug started to notice other kids were hanging around and discovered a deep well of willing volunteers! After a couple of years over half the slots were filled by very talented and committed teenagers.

Our baby, Amy, loved children and wanted to be a mother when she grew up. While in High School church, she was allowed to help my wife with a class of kindergartners. Amy ran the games very well. After a year of success, there was a class of 2nd grade boys needing a teacher. Amy applied and was accepted. She was one of the very first high schoolers given their own Sunday School class to teach. At the end of the year, she asked to move up with the boys into the third grade. After some discussion, the idea was approved and is now standard procedure. Every teacher is expected to follow their class until they leave kid’s church for Junior High Church.

Our kids surprised us then and continue to surprise us now. They still serve in a variety of volunteer positions as adults.