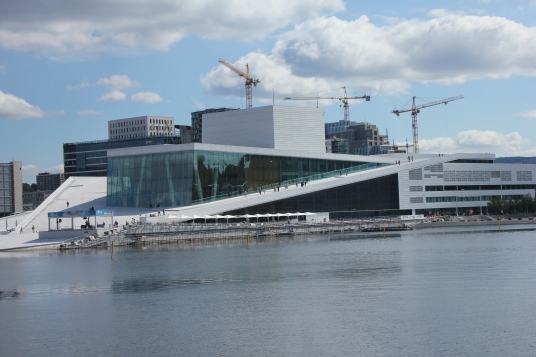 Since I was a teenager, I have wanted to visit Oslo, Norway. My Nanny Caylor always spoke HIGHLY of this nation. During my one day visit, I was not disappointed.

During World War II, Norway was occupied by the Nazis. However, the Norwegian people fought tenaciously and tirelessly to kick them out. I know it was common, but the first time I heard about them battling on snow skis, I was soooooooooooo impressed! My Nanny always thought Norway was so pretty, and it was shared between Norway and the United States that Norwary paid off all its debt to the United States after World War II.

Oslo’s port with Princess Cruise Lines had to be THE BEST port we had ever experienced. The downtown area was less than a 10 minute walk from the ported ship! The Oslo Fjord itself was such a beautiful, natural wonder too.
We know we want to go back to Oslo: 6 hours there were not enough.