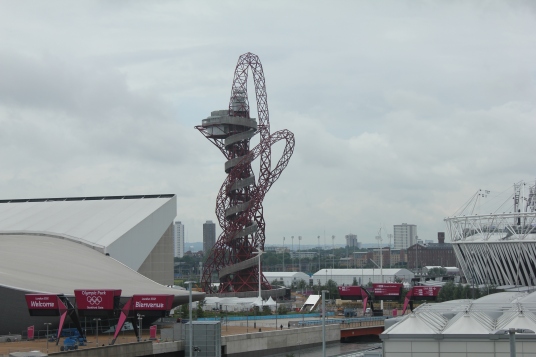 Across from the Olympic Park: John Lewis Department Store

Ammon and Carter have been to London, England twice. They seemed to have some vague memories of the city from the summer of 2011 especially Big Ben, Parliament, and the London Eye. This year, we spent approximately 4 hours (strolling, a bit of shopping, and eating) at the new mall adjacent to the Olympic Park. It was July 8, and no one was allowed into the park for another 10 days or so. However, Carter and Ammon will have their schema set as we watch the XXX Olympiad for the next two weeks. I think they will really enjoy the swimming events since they’ve swum now for the past two summers.

It may be Citius, Altius, Fortius (Swifter, Higher, Stronger), for the Olympic athletes, but from the Caylor-Brown household, we wish all the athletes God’s blessings both physically and spiritually through the events, and we ask God’s blessings and protection to the spectators as well. Enjoy World!!