My love of deciduous trees started with the onset of 10th Grade (1981-1982). Daddy had bought me Copper and Chief, my two beloved Black and Tan coonhounds in August, and we four were spending hours in the autumn-laden ridges of Varnell. As we would either walk up and down the ridges, talk, or listen to Chief and Copper begin their innate, melodious bawling, we would discuss the trees of our woods. We mostly spoke of the noble oaks, but, of course, the maples were embedded in the woods as well. As I write this entry which is dedicated to maples, our oak trees behind our house have burst forth with color. Seriously, on Friday November 6, 2020, the oaks were green as green can be. By Sunday the 8th, they had turned reds, yellows, & oranges!

My father, Copper, Chief, and I spent the whole winter tromping through the woods that later went bare, of course. Then, the spring of 1982 came with all the new green and rebirth of plants, trees, and flowers. My 10th grade biology teacher had assigned to us a final project where we were to complete a spring flower and leaf album of 25 plants and flowers we could find in our environment. I asked Daddy to help me. One evening, he and I walked the woods behind our house with Copper and Chief. Several days later, Daddy and I walked Nanny’s yard collecting leaves. It was May 15, 1982 (Nanny’s birthday and my dad had made her a birthday cake while I mowed Nanny’s yard.. it was Saturday.. we had a family celebration after I mowed). Thirteen days later, Friday May 28, Daddy was dead. I had to finish the album without him to turn in after Memorial Day, and Nanny came to the house with some old-timey botanical magazines (We had to have those Latin, botanical names written by those leaves, ya know!) that she had collected through the years to help me fumble through the finishing touches of the album. Well, I finished it, and, sadly,  I did not make a 100…. I made a 97. I think my teacher doubted some of the Latin names just between us readers; however, that love of studying and labeling flora has stuck with me.

As I wrote this past July, this COVID season has made me see things through my nature loving – Cherokee ( Yes, Pap Edwards…. Edwards Park Varnell , GA at Plainview…. Cleveland Road was my Cherokee ancestor to the Caylors… great-great-great grandfather) eyes. Walking with my family or jogging by myself on this land has tuned me in better to my surroundings, and I am very grateful that God’s spirit touches my spirit with the love and desire to research and share about my environment.

I hope you enjoy our mesmerizing maples. I’ve placed a photo of the entire maple tree with a side-by-side photo of its autumn colored leaf/leaves. Also, Thanksgiving 2020 may be another 17 days away, but I do want to say an early “Happy Thanksgiving!” to you all. God is great. Peace / Shalom.

“If you are a couple who is just starting off together who have agreed that you want children in the future or a single person who knows you want to raise children even by yourself, begin your strategies to make your house a home immediately so your future children can feel comfortable and safe (McGowan, 2010)”

Parenting Strategies on the Go p. 1

3 Tips for Planning a Baby’s Nursery

Just a Few Soothing Colors: our “White-Lilac” is bottom right

Ammon and Carter were approaching 10 weeks old for their christenings. Our preacher came to our house for a preliminary “walk-through” on what to expect the day of the christening. He walked into Carter and Ammon’s White Lilac-colored nursery and said, “Wow, this color is so soothing.” BINGO! The color was planned to be both neutral (boy & girl’s nursery) as well as soothing. Too bright (yellow, red, or orange) might be too stimulating aiding hyperactivity. Too dark (black or burgundy) might be too depressing aiding in depression and melancholia. White Lilac was and still is great.

Furniture to Grow with your Children:

One day in the near future, Ammon and Carter will be in their own rooms, and they will choose their own colors and themes for their rooms; however, they will not be choosing new beds. We chose the Cocoon Nursery 1000 Series to grow with our children’s needs. They were first cribs then they converted to double beds. We have no plans to buy new beds, and when Carter and Ammon move out of the house one day far into the future, they can take their suits with them. 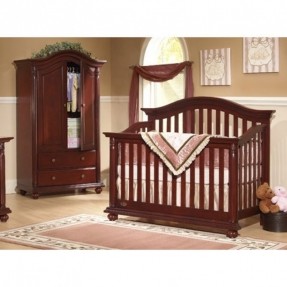 Cocoon 1000 Series: Please note this is NOT our nursery LOL

Place the nursery beside your room:

Crying babies with fevers, coughing spells, vomits, and bad dreams have quickly awakened me. I cannot imagine running across the house or upstairs to my children’s rooms. I want to comfort my babies ASAP. I am so thankful that from DAY ONE when we first laid eyes on our future house (some 4 years before Carter and Ammon were born…just a distant thought) we knew our child’s room would be adjacent to our room. At the appropriate time, Carter and Ammon will move to their future, solitary rooms.

Nursery Adjoins Master: Our room does not connect with Carter & Ammon’s; However, our doors are 10 ft. apart

“Sean and I had already been teaching our children to count and breath in relaxation exercises that would reduce their anxiety (Fraser, 1996) so I decided to “practice what I was preaching”. (Parenting Strategies on the Go , p. 1).

The children are running, fighting, yelling or whatever. We parents with multiple children have all been there. You, the parents, are TIRED OF IT! In your most controlled voice you state, “Sit down and be quiet.” Begin counting to 10 in silence.

Three things Counting to 10 can do for you and your children.

Parenting Strategies on the Go

In 2008, life blessed my husband, Sean, and me with two healthy babies. We have an engaging and magnetic tale of parenting with unique learning strategies on the go that all parents can benefit from; however, this book is far more than that. As a professional educator, I saw how both everyday events like planning food and clothing and special trips like a visit to Disney World were gateways to introducing children to life skills and to nurturing cognitive development through learning strategies. With minimal planning time, any parent can use these strategies to inspire their children to learn, and the best part is that the planning and the execution of the plans are fun and exciting.

Each chapter is devoted to exposing children to diverse learning strategies: Strategies to elicit proper behavior in public events, strategies for choosing souvenirs as teaching tools, and strategies to journal your children’s precious life events. The concluding chapter is a strategy unit guide for learning during a special trip—in this case, New York City—and we got to test that guide in June 2013.

Raffle Tickets for the 12 Noon Drawing can the purchased the DAY OF the event: January 14, 2016-Thursday 11:00 AM -12 Noon. $200 Barnes and Noble Gift Card (Show your Barnes and Noble receipt of Parenting Strategies on the Go , get a ticket, must be present to collect your gift certificate if your name is drawn)

It’s Educator Appreciation Week at Barnes and Noble . Bring or rendezvous with a retired, semi-retired educator/mentor who has made a positive impact on your life for some refreshments and fellowship. Treat them to a new book from Barnes and Noble, take them out to lunch afterwards on Thursday January 14….

Homeschool parents, ANY PARENT if you are available, Grandparents, check out Parenting Strategies on the Go: to help create plans of action for teaching your children as you travel in 2016. One thing I would like to emphasize from the book is learning with Howard Gardner’s Multiple Intelligences.

Along with a discussion on teaching strategies from me, there will be special refreshments for everyone and activities for the students. Children 11 and under have the opportunity to become a Bookseller-For-A-Day and learn the ins, the outs, and the behind the scenes of how Barnes & Noble Hamilton Place runs. 12 and up will have the opportunity to work with a variety of electronic and coding workshops. 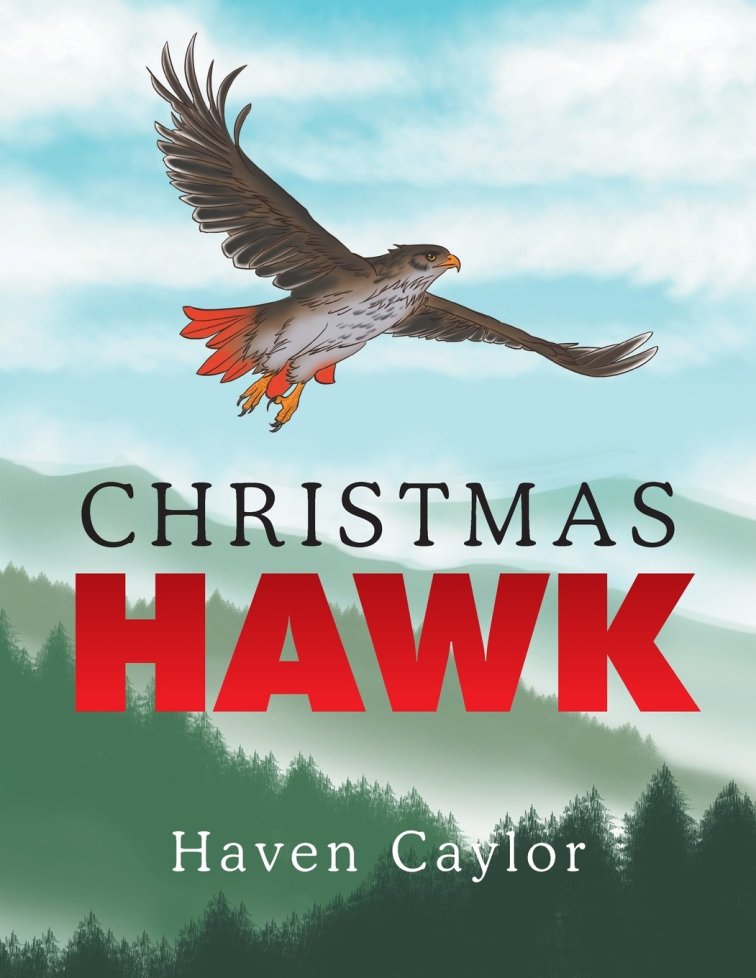 Who would ever think Santa could use raptors (Hawks, Eagles, etc.) to help him find children for his nice list?

Written together with my two children—Carter and Ammon— this book speaks to young readers and imparts a timely lesson. Enjoy our This N That (WTVC-ABC Affiliate-Chattanooga, TN) Interview : photo below

The story follows a “Christmas Hawk” who is recruited, along with other birds of the world with keen vision, by Santa himself to help him with the names on his Nice List. This sees an adorable hawk find not only nice girls and boys but also those who are the givers themselves. After all, the Christmas spirit is all about giving.

The “Christmas Hawk” arrives just in time to remind readers that “it is always more blessed to give than to receive.”

Hawk and keen-eyed birds from around the world had been recruited by Santa Claus to watch children, place them on his Nice List, and in doing so, helping spread the spirit of Christmas. Some of Hawk’s friends from around the world called to help Santa included the Bald Eagle from Alaska, the Golden Eagle from Mexico, the multicolored, Chinese sparrowhawk from China, and the South American Caracara from Venezuela. Santa sent his helpers forth with magical reindeer food to help them fly faster.

Hawk’s area of the world included the Mississippi River, rolling plains, plateaus, and the ancient Smoky Mountains. With Santa’s special reindeer food, it did not take long to fly, watch the children being nice, and take note of their giving spirits. Outside her nest in a tall White Oak Tree, Hawk found a brother and sister who touched her hawk heart. Their names were Carter and Ammon.

Carter and Ammon had sent a letter to Santa asking for new bicycles. They were friends with their neighbors, Jenny and Henry, but Jenny and Henry’s parents were too busy for Santa Claus “shenanigans”. “Did you write to Santa for presents?” Ammon asked Henry and Jenny. Henry sighed, “What good would it do to write? Our parents don’t believe in Santa. They will not help mail a letter.” Ammon was sad…..

…. to find if Hawk has, indeed, chosen nice children with the Christmas Spirit please finish reading “Christmas Hawk” available from both Amazon and Barnes and Noble. 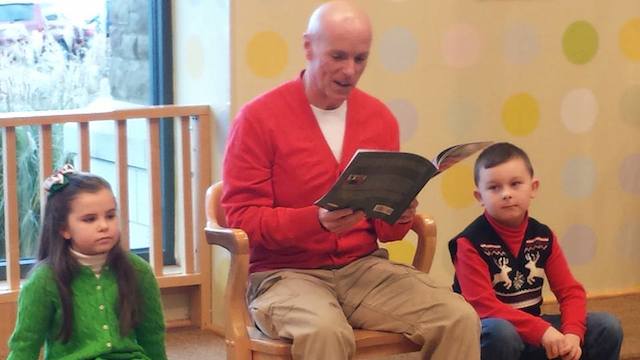 November 28, 2015-Haven reads “Christmas Hawk” to a crowd at Barnes and Noble

There was a chain reaction that started with Peggy Lamb (Carter and Ammon’s aunt) helped me get in contact with a local author, Janie Dempsey Watts (You need to read her Moon Over Taylor’s Ridge Moon over Taylor’s Ridge ). Janie gave me the suggestion to head to Barnes & Noble to speak with the manager Kelly Flemmings. I have been so blessed that these wonderful people have helped me to write. I now have 2 books! It took 2 years, but I did it.

My parenting/travel/memoir is Parenting Strategies on the Go , and I had a great “kick off” book signing at Barnes and Noble in Chattanooga, Tennessee.

My other book is Christmas Hawk